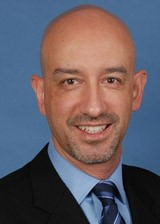 Dr. Len Dauphinee joined the HomeGrid Forum (HGF) Board of Directors and was elected President in August 2017. With a strong background in systems engineering, being a prolific inventor and having worked in both hardware and software development, Len is poised to lead HomeGrid Forum on a path towards even greater recognition of G.hn as the global home networking technology of choice.

The Forum is an industry alliance that started in 2008 and the first HGF certified product was deployed in 2013. HGF brings together the world’s best in technology innovators, silicon vendors, system manufacturers and service providers to promote G.hn technology. G.hn is the globally recognized gigabit home networking technology based on ITU-T standards. G.hn provides a single service delivery platform for your entertainment, your workspace – all your digital lifestyle needs – across any wire, simply and reliably.

As Vice President and Chief Technology Officer, Len is responsible for the technology roadmap of MaxLinear’s Broadband business. Len joined MaxLinear in 2012 as Vice President of Systems Engineering. In this role, he was responsible for hardware and software development across all products lines. Prior to MaxLinear, he was at Broadcom from 1998 and led broadband RFIC design for MoCA, satellite TV, cable modem, cable STB, terrestrial TV, and microwave backhaul products.

He received a Ph.D. in Electronics from Carleton University and is a named inventor on over 60 issued or filed U.S. patents. 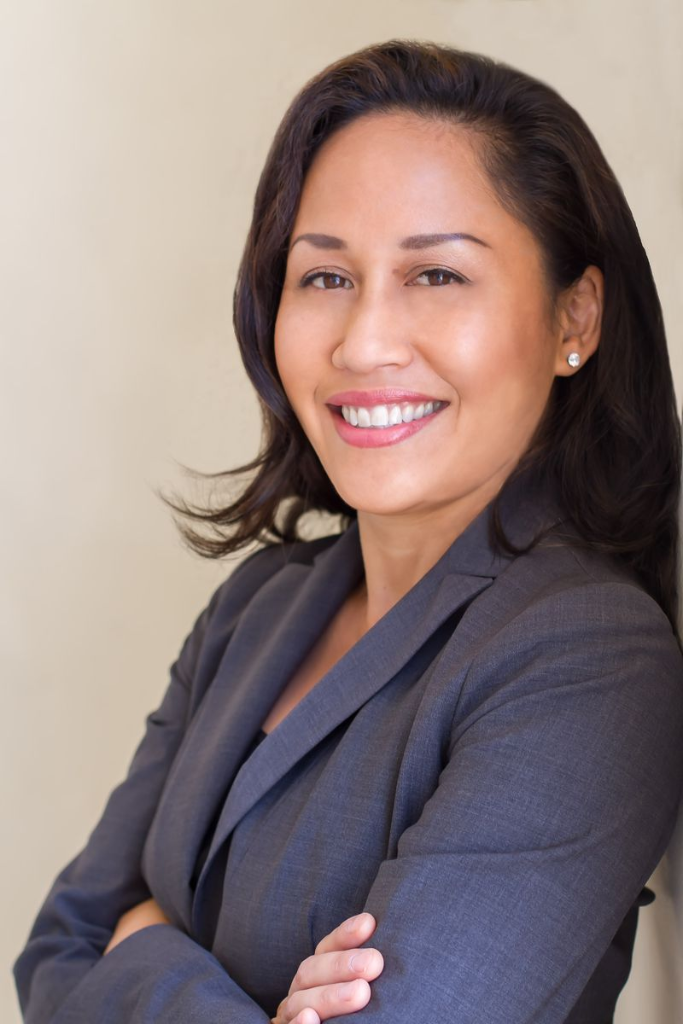 Donna Yasay joined the board of HomeGrid Forum and was elected president in March 2015. She is Business Development Director at Marvell Semiconductor.

Donna has over 20 years’ experience in the telecoms industry working in engineering, sales and business development roles in both operator and vendor organizations, including AT&T, D-Link and Ikanos.

She began her career as a systems engineer at AT&T and Internet Connect before going into technical sales at D-Link and gradually moving into business development roles at Netopia, Tzero Technologies and Asoka USA Corporation and now her current position at Marvell. Her previous roles in engineering, sales, network services and business development, means Donna brings a knowledgeable, broad vision to her role as leader for HomeGrid Forum.

Her past experience in home networking in both LAN and WAN domains, fuels her desire to provide the consumer community with the right technology to enable a better quality of experience in their homes.

Barbara Stark – HomeGrid Forum Chair of the Board of Directors 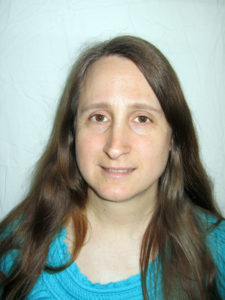 Barbara Stark is a Lead Member of the Technical Staff in the Standards and Industry Alliances organization at AT&T. She has spent her entire (over 25 years) career working in the telecommunications industry, at AT&T, BellSouth, and then (as a result of merger) AT&T again.

She has been involved in standards and external industry activities for IP-connected consumer electronics devices and home networking technologies since 1999, participating throughout the years in Broadband Forum (BBF), UPnP Forum, Digital Living Network Alliance (DLNA), IETF, National Emergency Number Association (NENA), Wi-Fi Alliance, HomePNA (on the Board of Directors), and BITAG. In BBF, she was an instigator of TR-069 (CPE WAN Management Protocol) and has edited a variety of BBF Technical References (TRs). Barbara is also listed as an author or contributor of a handful of IETF RFCs, has contributed to UPnP Forum and DLNA documents, and holds several patents.

Barbara received a BSEE and BA (German language) from The University of Texas at Austin and a MSEE from Stanford University. 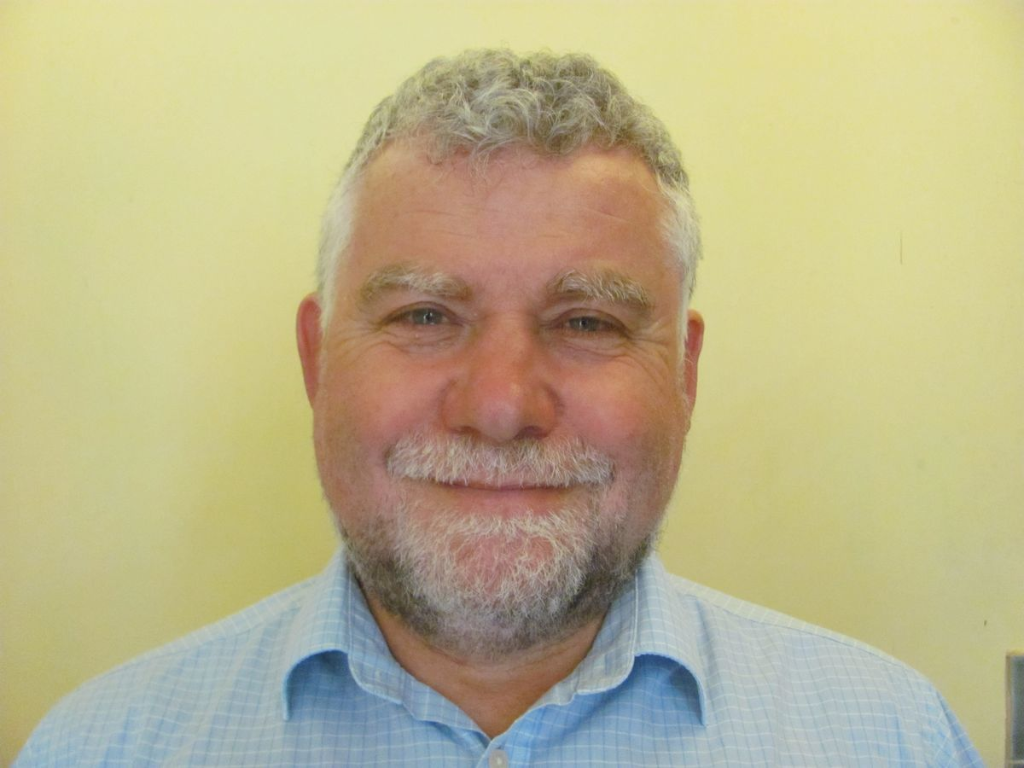 David Thorne is recently retired from his position as Chief Broadband and Access Researcher at BT TSO (Technology, Service and Operations), and was been with BT for over 26 years. His most recent job was to provide consultancy to the BT lines of business on both Access and Home Network technologies. The recent focus has been on G.fast, along with the technologies needed to distribute such high Access rates throughout the home. As part of this role he was very active in a number of International Standards organisations including HomeGrid Forum (Board Member and VP), Broadband Forum (Director of the Architecture and Migration Work Area) and the Home Gateway Initiative (Board member). Previous roles in BT include running groups which pioneered the development of structured cabling, evaluated the performance of business and home LANs, and carried out much of the original specification and testing of ADSL modems. His first role at BT was developing prototype novel access network diagnostics systems. Prior to joining BT, he spent 11 years at the Royal Greenwich Observatory working on state of the art CCD cameras and instrumentation for the La Palma Observatory. He holds a BSc in Physics from Imperial College, London, and a PhD in Radio Astronomy from the University of Manchester. 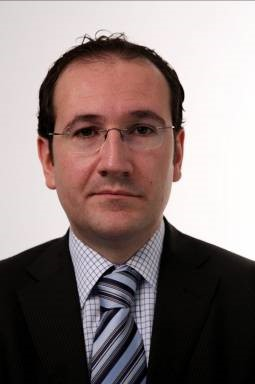 Ramón’s responsibility is to run Product Management for G.hn wireline connectivity in Marvell Semiconductor. Ramón joined Marvell in 2010 as part of the acquisition of powerline start-up DS2 to manage Business Development worldwide to promote the G.hn product line.

With more than 15 years’ experience in the home networking industry, his previous roles range from creating new sales structures, running subsidiaries in Asia and heading commercial teams as VP of Global Sales.

Prior to joining the powerline industry in 2000, after R&D positions in the UK, Ramón worked for IBM Global Manufacturing Services where he played a key role in IBM’s manufacturing process.

Ramón holds a degree in Telecommunications Engineering from the Polytechnic University of Valencia (UPV), Spain and the University of Birmingham, UK and an MBA in Marketing and Sales Management from ESIC. 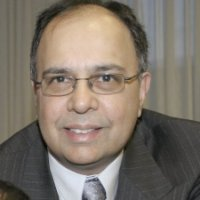 Abdul Khan is the Chair of the C&I Working Group at the HomeGrid Forum. Abdul has more than 30 years of experience with leading edge networking, telecommunications and consumer electronics based technologies and products.

At the HomeGrid Forum together with the C&I Working Group, Abdul has over the past 5 years implemented and launched the first ever HGF G.hn Certification program for both Silicon Compliance and Product Logo certification. He has also developed and put into place all of the required certification processes and policies documentation and partnered closely with the Accredited Test House (ATH) to implement test methodologies and specifications as required for testing compliant silicon and products.

Abdul has also been working with the Digital Living Network Alliance (DLNA) standards organization, since its inception in 2003, Abdul has been instrumental in defining and implementing the original DLNA Certification Program and establishing the first DLNA Independent Certification Vendors (ICV) as well as In-House Certification Labs (IHCL). Abdul is currently the primary Guidelines editor for that organization.

Abdul joined HGF and DLNA after over 28 years of Intel experience in leading award-winning products from concept to production as well as managing at all levels of engineering organizations such as R&D, Test & QA and Product engineering for both hardware and software products ranging from Consumer Electronic chipsets and platforms to Super-Computers.

Abdul holds a BSc, Electrical and Electronic Engineering from Polytechnic of Central London. 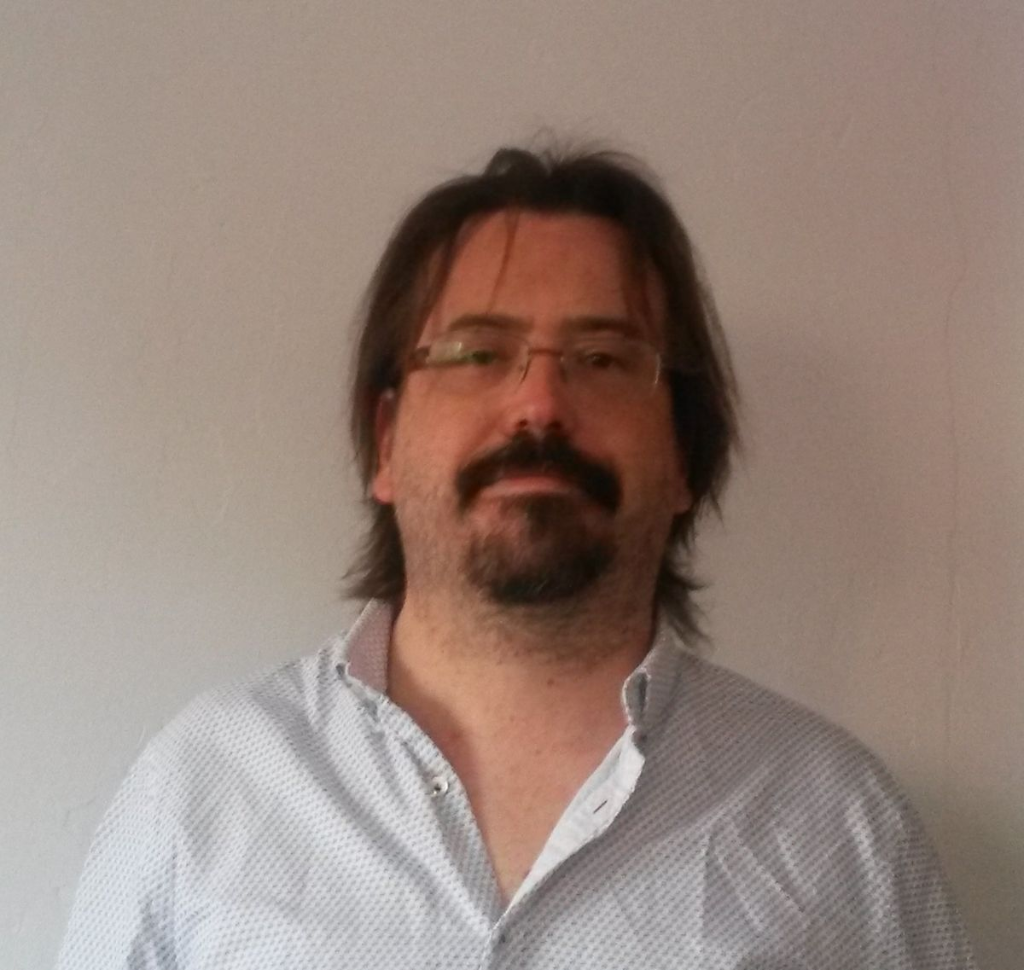 Marcos Martínez is the Chair of Contributions Working Group at the HomeGrid Forum. He is Standards and External Cooperations Manager at MaxLinear Semiconductors.  He has been involved in the microelectronics industry for more than 15 years, working for companies like Alcatel Microelectronics, ST Microelectronics, Design of Systems on Silicon (DS2) and Marvell Semiconductors. In these companies, he specialized in the design of advanced broadband systems, including xPON, xDSL and home networking systems. In addition to his role in HomeGrid Forum, he is also associate rapporteur of ITU-T Q18/15 (WP1/15) and participates in different R&D projects in the field of broadband communications. 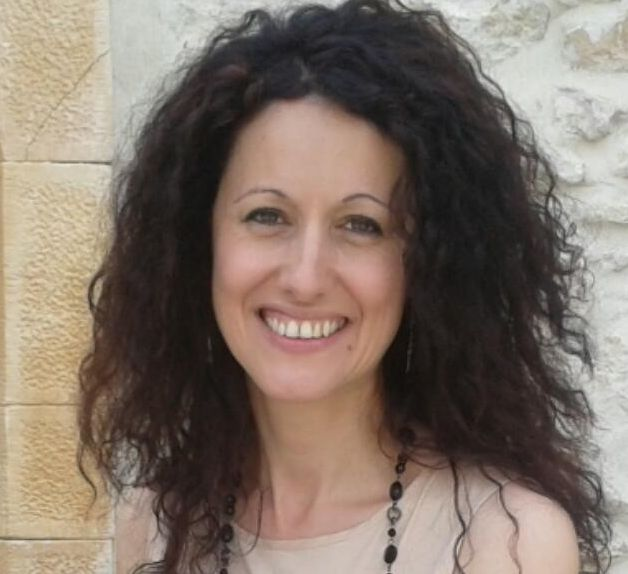 Livia is the Chair of the Marketing Working Group of the HomeGrid Forum and she joined the Board of Directors of the industry alliance in 2014, supporting the deployment of G.hn, the globally recognized Gigabit home networking technology based on ITU-T standards and designed for bandwidth-intensive and real-time applications. Livia Rosu is a Computer Science engineer with 18 years of business development experience in the telecommunications industry, dedicated to semiconductors and the standardization of revolutionary technologies ranging from Smart Cards to Smart Cities.

Livia joined Marvell Semiconductor, US based leading fabless semiconductor company with expertise in microprocessor architecture and digital signal processing, in 2010. At Marvell Livia managed strategic marketing and competitive positioning of G.hn, working closely with system vendors and carriers that require Plug & Play networking capabilities. In 2017 Livia joined MaxLinear, when Marvell’s G.hn business unit has been acquired by MaxLinear, a leading US provider of high-performance radio-frequency and mixed-signal semiconductor solutions for the connected home, wired and wireless infrastructure markets.

Livia has built a strong knowledge of industry associations having served 8 years as Internet Business Development Officer and head of External Relations for ETSI, the European Telecommunications Standards Institute in France until 2006, as strategic signatory of 68 Co-operation Agreements with standards development organizations and alliances among which ITU, IPv6 Forum and IETF. Before HomeGrid Forum Livia also acted as Chair of PSO Protocol Council of ICANN (Internet Corporation for Assigned Names and Numbers) and Member of the Interim Steering Group (ISG) by the EC-POP (European Commission Panel of Participants in Internet Organisation and Management), for the creation of the “Dot EU” Top Level Domain and Member of the ISOC-AC (Internet Society Advisory Council), in charge of open standards and protocols for the Internet administration.

Livia received a Master in Business Administration (MBA) from EDHEC Business School in France in 1999. She holds a Master in Computer Science and Internet Security (M.Sc., 1997) and a Bachelor of Science degree with Honours in Automation Engineering and Artificial Intelligence (B.Sc., 1996) from Polytechnic University of Romania with scholarship award from France. Livia is fluent in 6 languages. 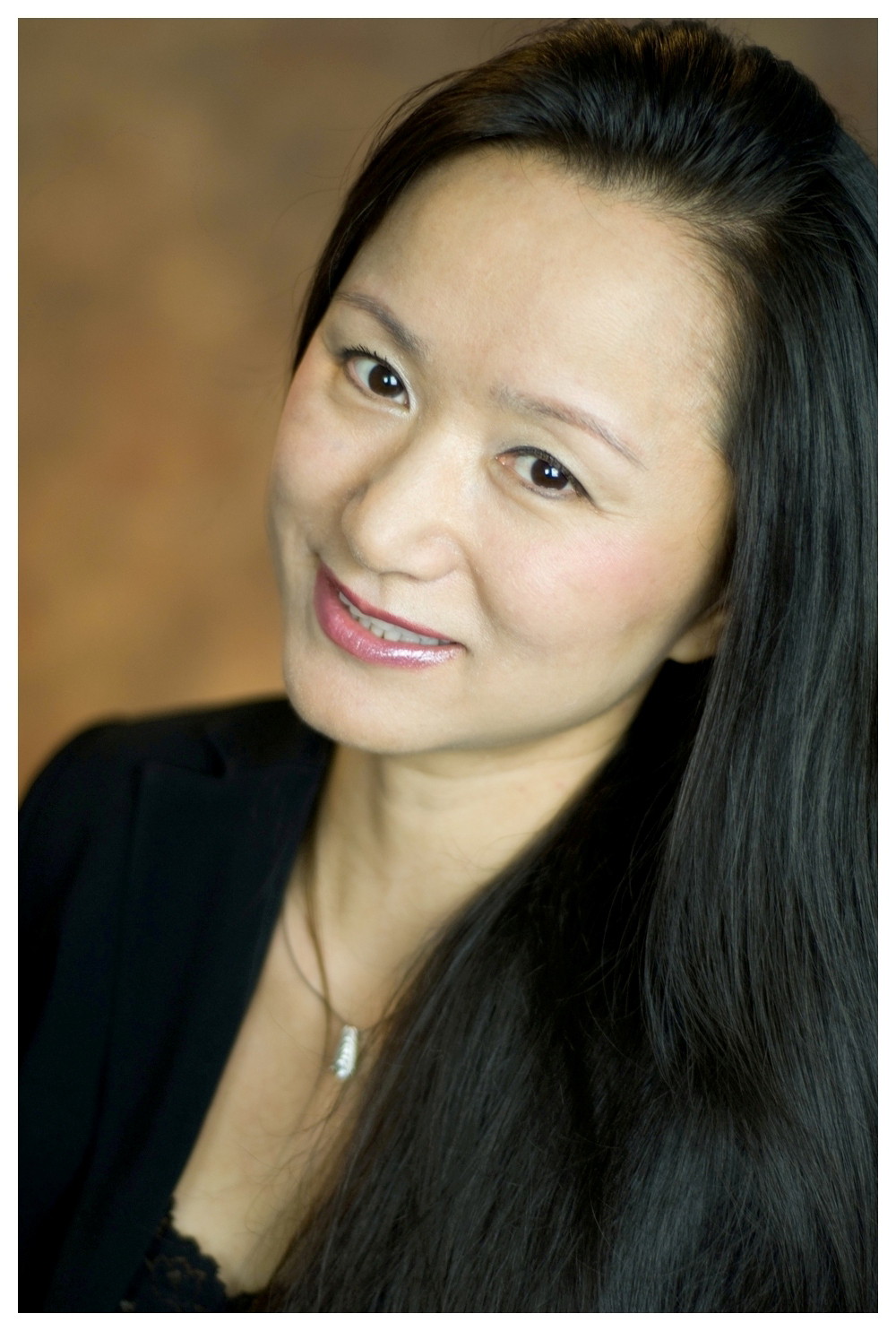 After seven years at Cortina Systems, a leading provider of high-performance communications semiconductor solutions, where Yuqing was instrumental in transitioning it from an unknown player to a well-recognized IC leader developing the Chinese business from 0 to $60M, Yuqing left to start Xingtera and pursue her vision of creating a Chinese-focused semiconductor company.

Prior to Cortina, Yuqing spent 10 years at various companies within the semiconductor, telecommunication, and networking industries. At Silicon Access, Yuqing was a Principle Engineer and led a multi-site team developing breakthrough Network Processor technologies. At Cisco, Yuqing led the development of two ASICs that were deployed in Cisco’s 12000 GSR Router. At Nortel, Yuqing participated in several ASIC projects developing technologies such as ATM, DSL, IP Switching, and Sonet. 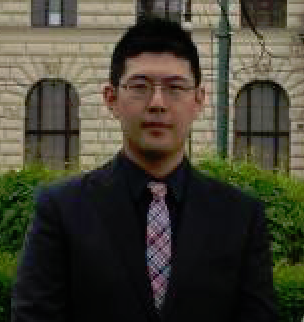 Mr. Wei WU currently serves as senior director of marketing for Xingtera, and also a HomeGrid Forum ambassador. He joined Xingtera in 2011, and has led the software and firmware development of G.hn chipsets before committing to his marketing role in promoting G.hn technology worldwide. He has attended numerous ITU-T and HomeGrid Forum meetings and contributed to the G.hn standards.

Prior to Xingtera, Mr. WU was a senior DSP engineer at Lantiq, where he worked on projects including G.hn and xDSL firmware development. Mr. WU has a M.S.E.E. degree from the University of Arizona. 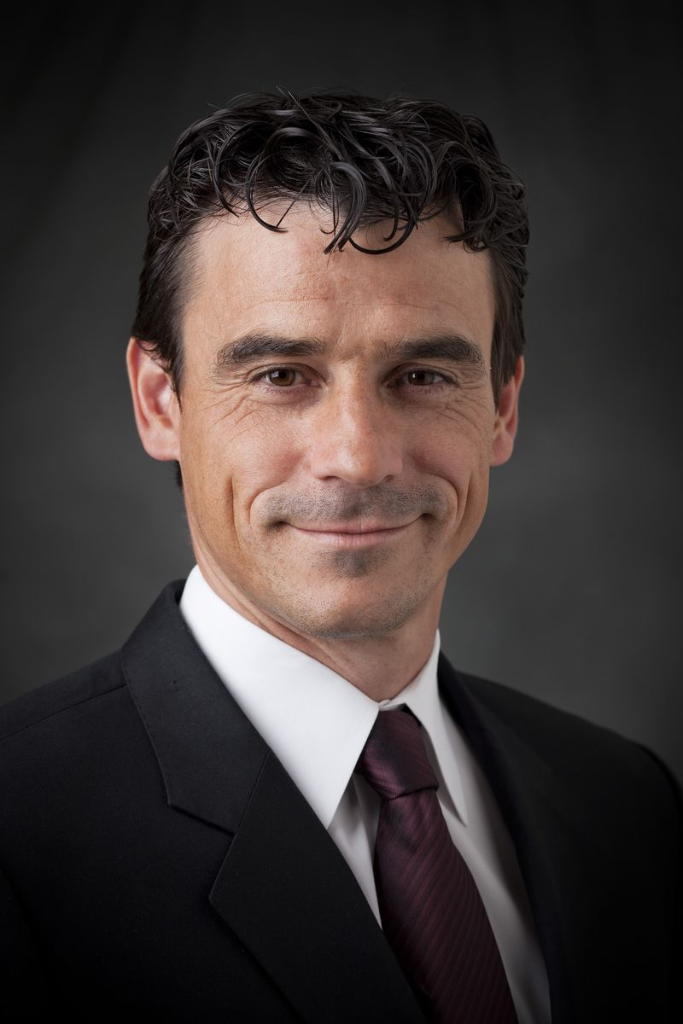 Yves Gourvennec is the Vice President of World-wide IoT Business Development and Sales for Sigma Designs where he has held many executive posts in his 13 year tenure. Mr Gourvennec is a 20 veteran of the Video and IPTV space, launching the first MediaRoom product in the late 90’s and later  the first MPEG4 media players.  Prior to joining  Sigma Designs he held management roles at National Semiconductor. Mr Gurvennec holds an MIS in Computer Science from Arizona State University and an MBA in International Management from Ecole Supérieure de Commerce de Toulouse, France. 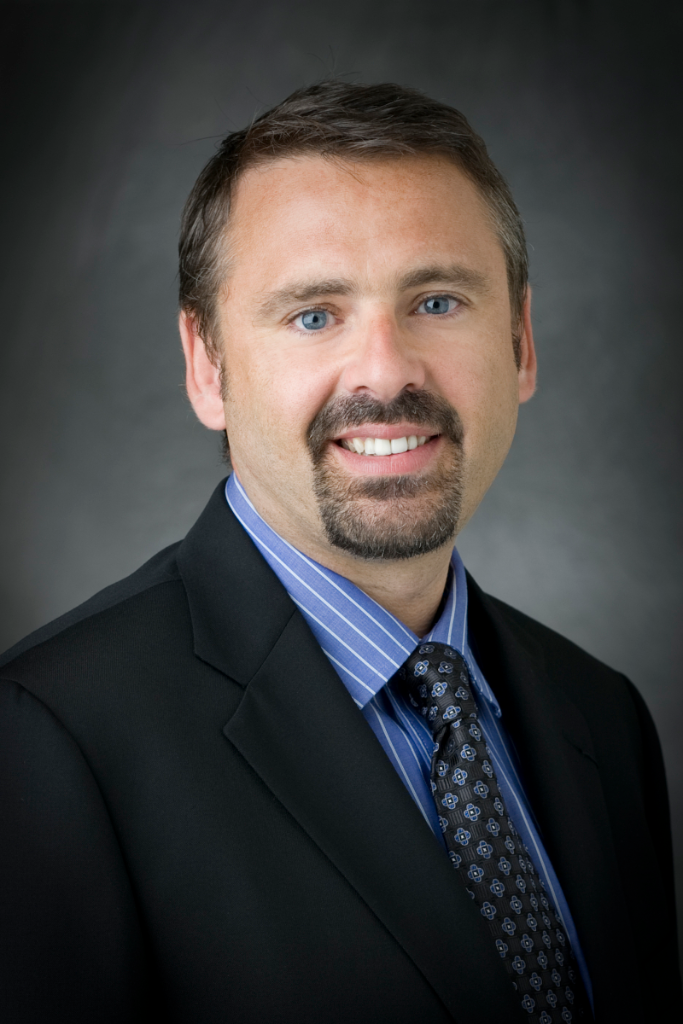 Sylvain Riviere is Director of EMEA Sales for Sigma Designs Europe. He is an industry veteran with years of hands-on experience in sales, marketing, and management in the service provider space.  Prior to joining Sigma Designs, Mr Riviere was  Director of product at Bigband Networks responsible for deployment of HDTV and Advertising networking solutions. Under Mr. Riviere’s management, these solutions grew to cumulatively provide services to more than 40 million digital cable subscribers.
Before this, Mr. Riviere was with Harmonic,  There he was senior group manager in the video product group organization, responsible for defining and launching the first ever  digital to home satellite head end solutions.
Mr. Riviere holds a master’s degree in computer science from ESIEE University Paris. 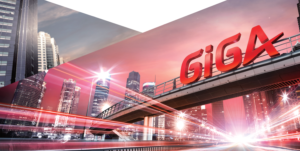